Installation in the heart of Los Angeles' Arts District.

As lovers of art in Los Angeles, HAUS was thrilled to be given the opportunity to create a dynamic art installation in the heart of the iconic LA Arts District at 4th and Traction. Visible from the lobby of the new development, the installation served to add intrigue to Hudson Pacific Properties' creative office and restaurant spaces in LA's thriving Arts District. This ambitious, six-story development was realized in collaboration with designer Brian Thoreen and the creative engineers at LIFTOFF. 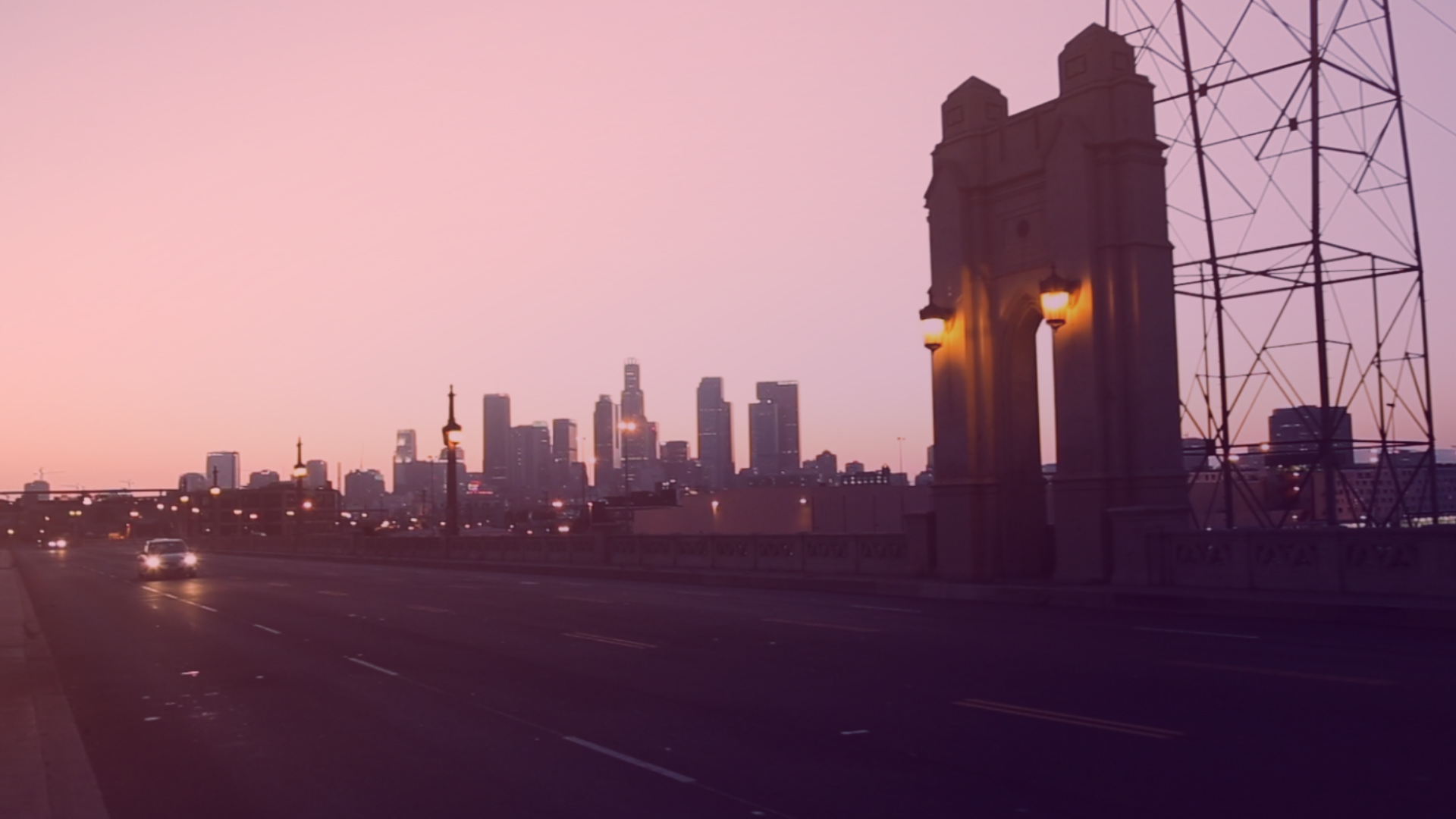 The Arts District in downtown Los Angeles has seen massive changes in the past five years. Previously a low cost warehouse district home to an artistic community, it has quickly become one of the most expensive LA neighborhoods, surpassing even beach cities in rent. This transformation is the LA version of New York’s Meatpacking District being reborn as the epicenter of high-end chic. Hudson Pacific Properties, a corporate real estate developer with $9 billion dollars in assets, made their Arts District debut with the 4th & Traction development. As they were charging tenants a sizable rent in an already expensive part of town, they realized a sleek modern office design alone would not justify the price. They needed to attract high-end creative businesses by reimagining what an office building could look like. 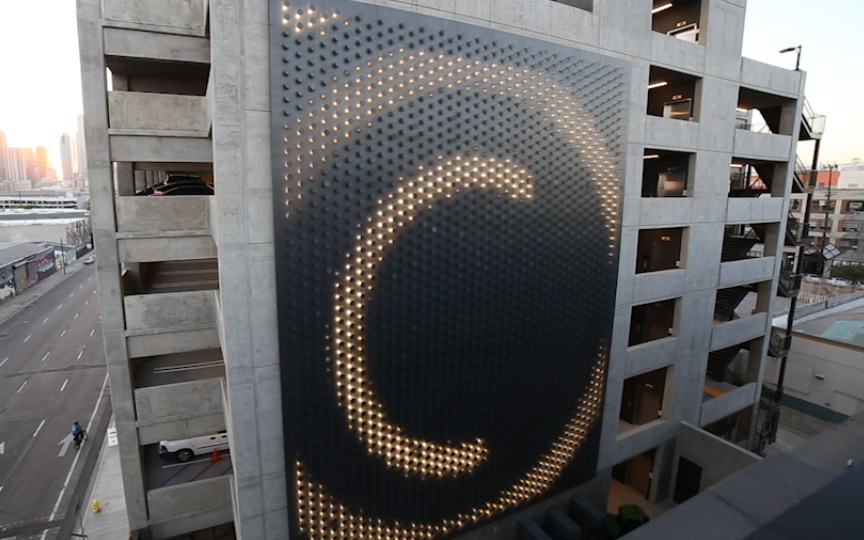 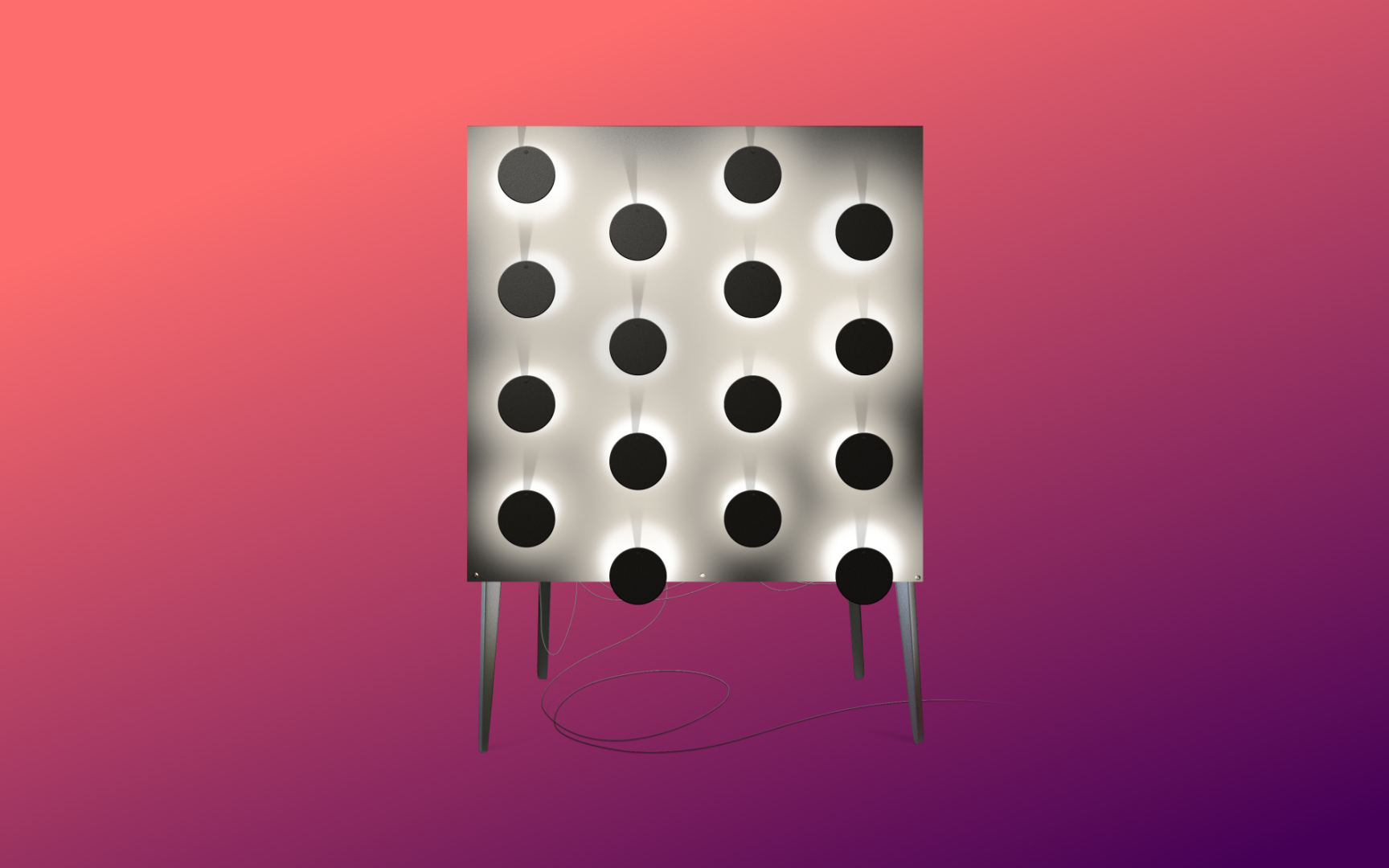 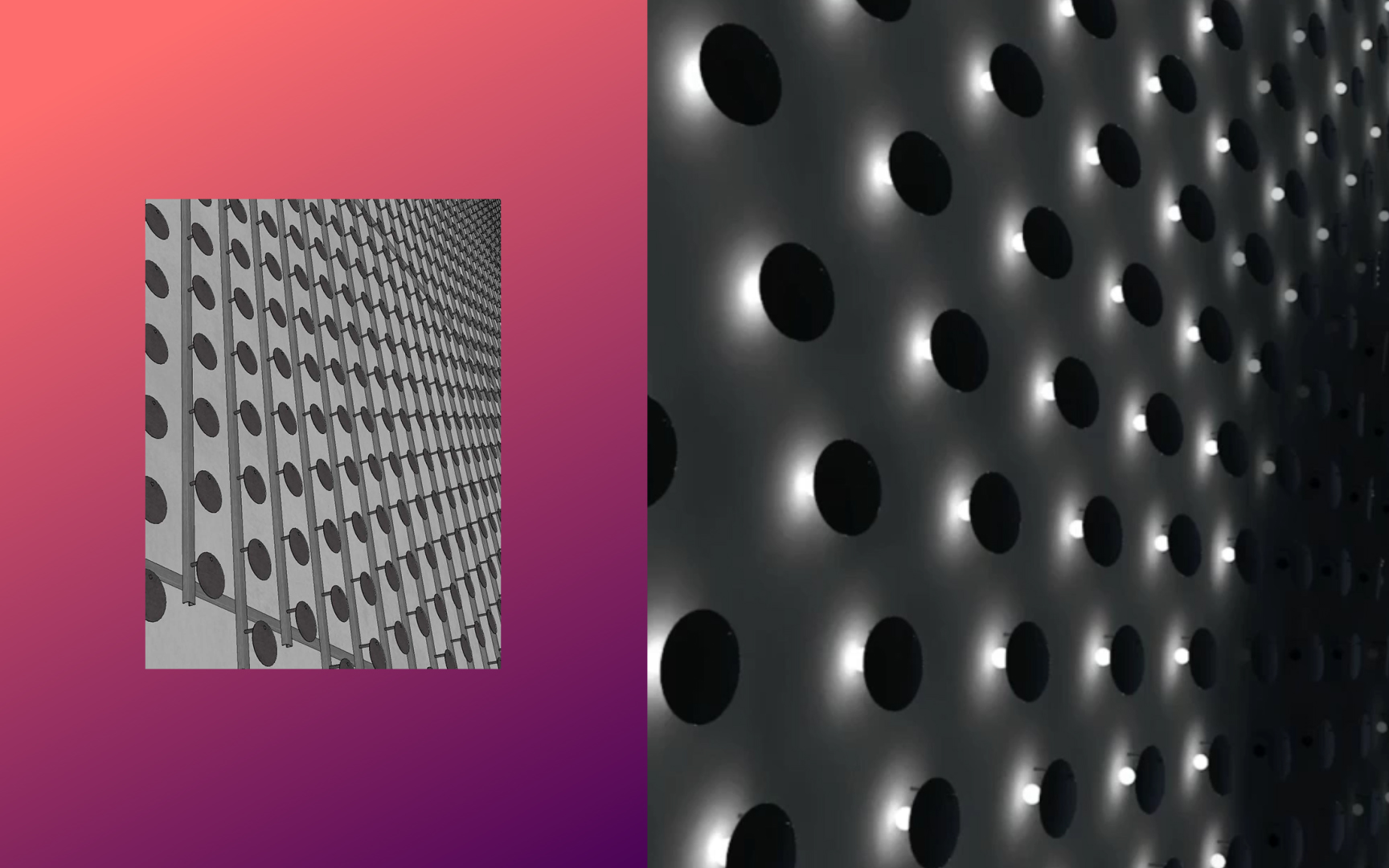 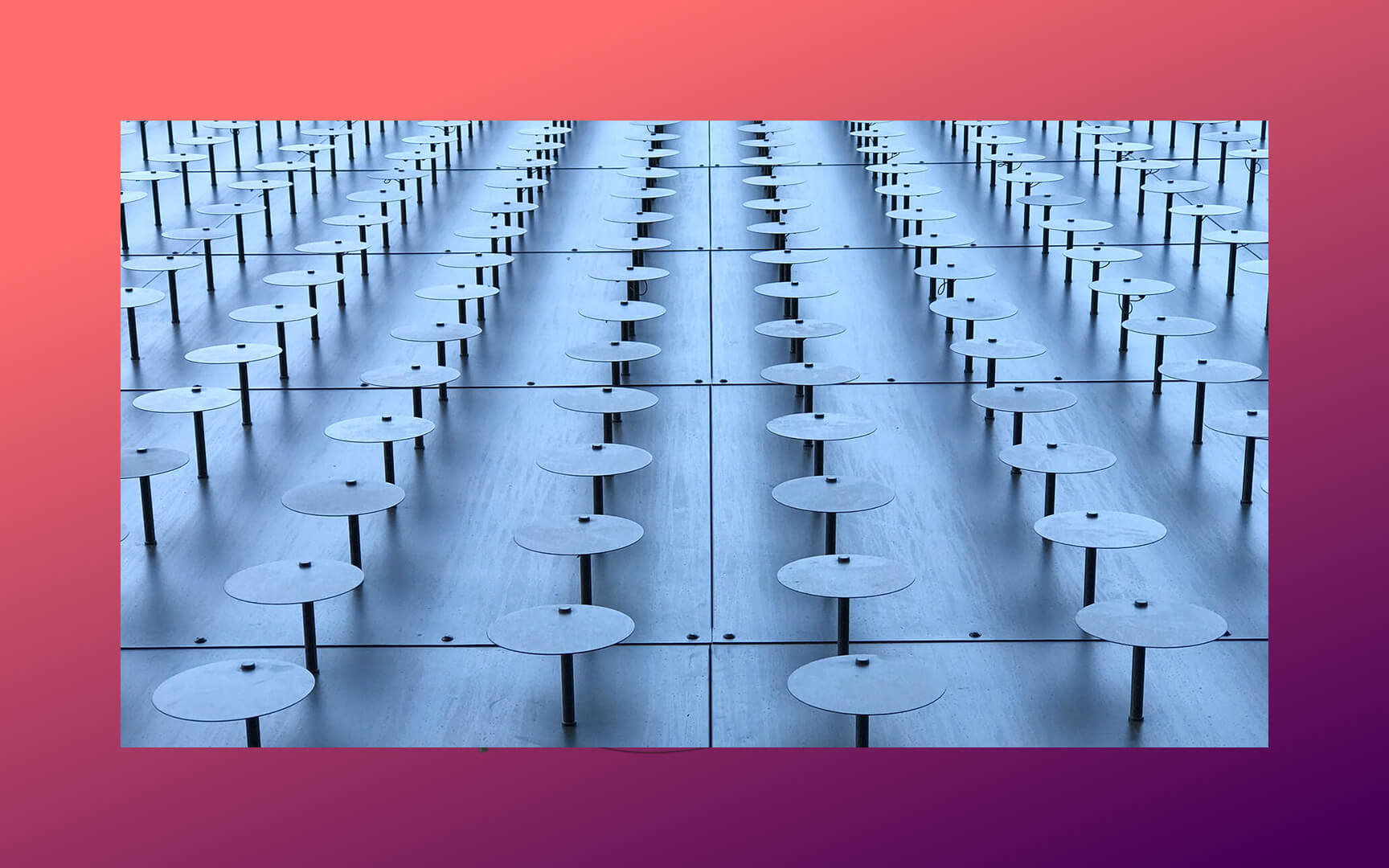 The result is a six-story, 2,268 square foot installation composed of 2068 reflective dishes that mirror the sky. LED lights attached to the back of each dish can be programmed to display animations across the whole facade, while hidden springs allow the dishes to move with the wind, giving the overall effect of stalks in a corn field. The installation acts as a visual anchor for the neighborhood that not only provides beautification but has the practical benefit of telling time. This particular intersection of design and construction exists nowhere else in world and expresses the commitment: “If creativity is your business, then we take your business seriously at 4th & Traction.” 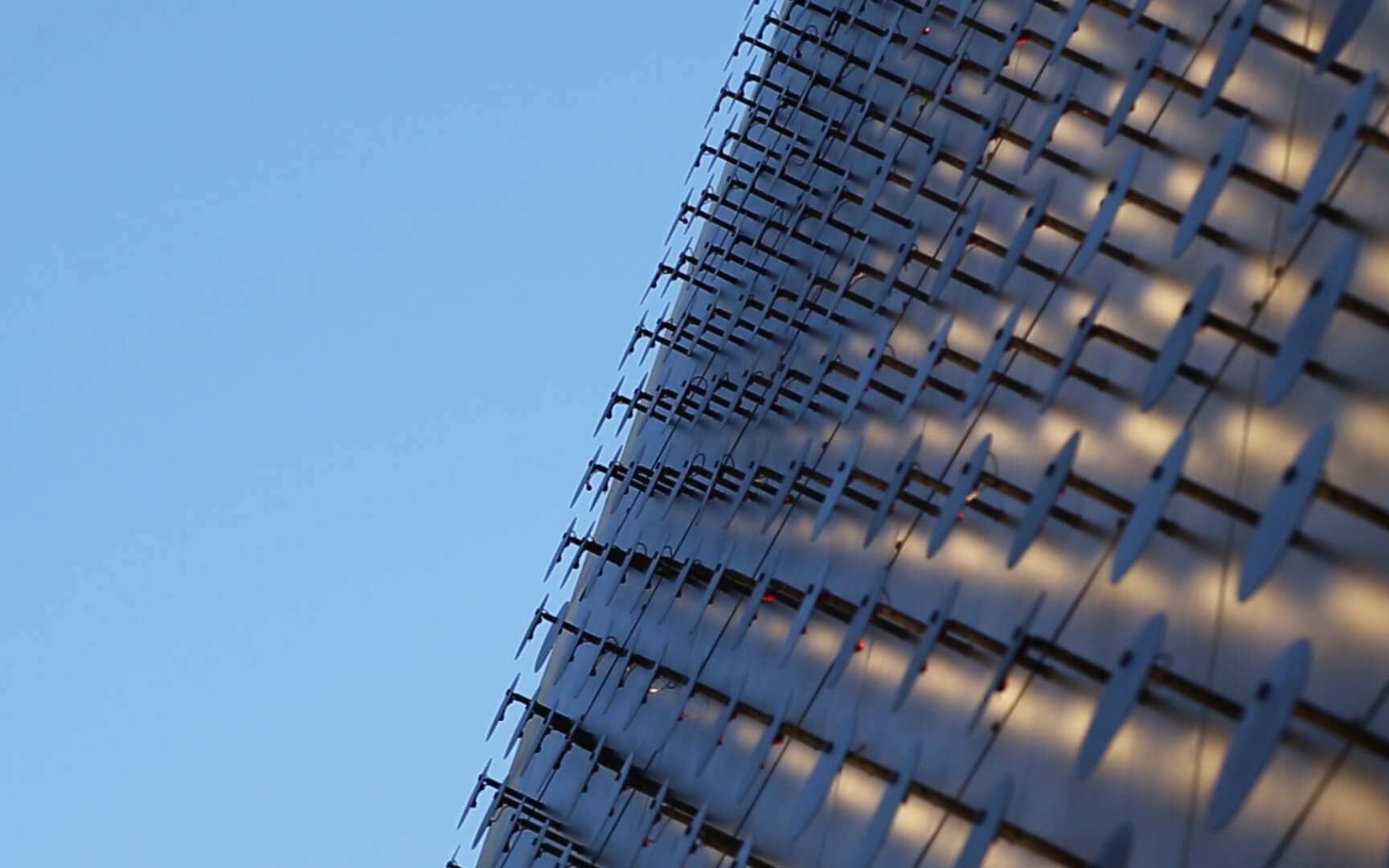